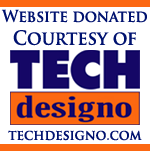 The Three Wise Men had traveled long and far in search of Bethlehem. One night of their journey they became lost, and

came to the doorstep of the Italian Grandmother Befana to ask for directions.

their search for the New Born King. Even when they asked her to come with them to pay respects to Jesus, she stubbornly

refused. Later in the night a brilliant star appeared in the sky, and it's beauty quickly made Befana realize she had made a

Recipes for the Carnevale "Dolci"

Carnevale actually begins after Christmas Day for many of the Italian provinces. This year March 8th is the last day before Lent... Fat Tuesday March 8th

This link will show Italian recipes for different regions and festivals that we Italians and Italian-Americans celebrate.

There is a wonderful article in the Italian Tribune that is researching the cause of why people died. This young Italian scientist believes that the ash was not the sole cause of people’s immediate demise but that another cause has been discovered using modern scientific tools.

Pompeii is a 2000 year old city. And it was destroyed by the volcanic eruption of 79AD August 24th. For many years scientists have been watching the so called quiet mountain.